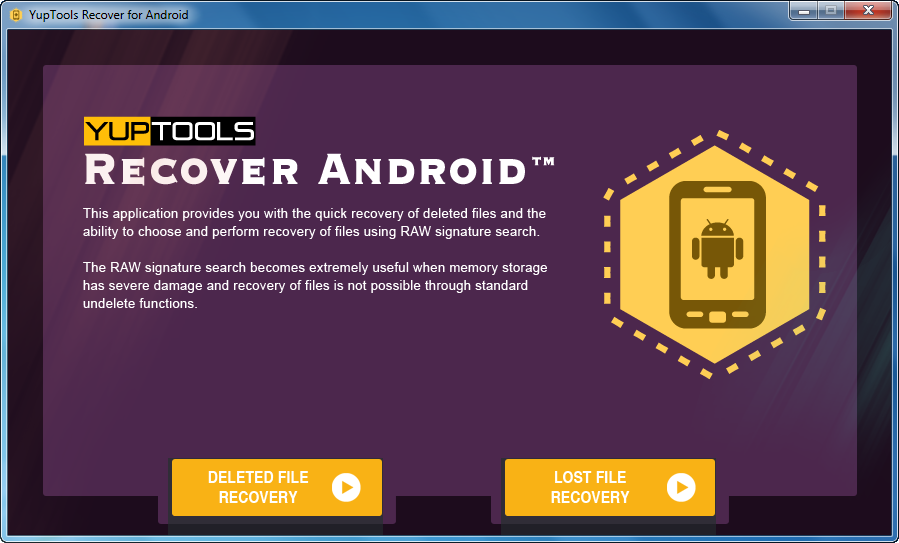 Have you ever undergone a mishap where you lost your vital files from Android Smartphone or Tablet? Then make use of the specially designed for Android recovery software called as YupTools Recover Android to recover Android mobile phones and tablets/pad. This recovery app effectively recovers video, audio, documents, photos, pictures from various Android devices by connecting it to your PC.

Android is currently the world’s popular mobile platform. This operating system is growing everyday because of the features its supports. Generally, Android OS is supported on cell phones with touch screen support. It provides a world class support for creating apps and customizing the phones as per their needs. Now with a single Android phone in hand you can do voice and video calls, chat, record videos and perform many other task. These benefits gave rise to the popularity of Android phones. But terrible fact about Android phones is that it is prone to data loss more easily as it is sensitive to touch. A single click on a wrong option can lead to a big data disaster. If you have come across such the situation, then you are in a right track. This article is specially written for users who have faced loss of vital data from Android Smartphone/Tablet

General scenarios that cause loss of files from Android drives:

What is good about YupTools Recover Android?

YupTools Recover for Android is one of the fine tools that is especially built for restoring data from Android Smartphone and Tablets. This application has the ability to scan your entire Android drive and bring back all possible deleted/lost files. This software is embedded with a best interface to assist even a novice user to perform the recovery with ease. Apart from this, it also provides a option to search a required file based on extension using the “Find” option. Moreover we provide 24*7 customer support to clarify your doubts regarding the software 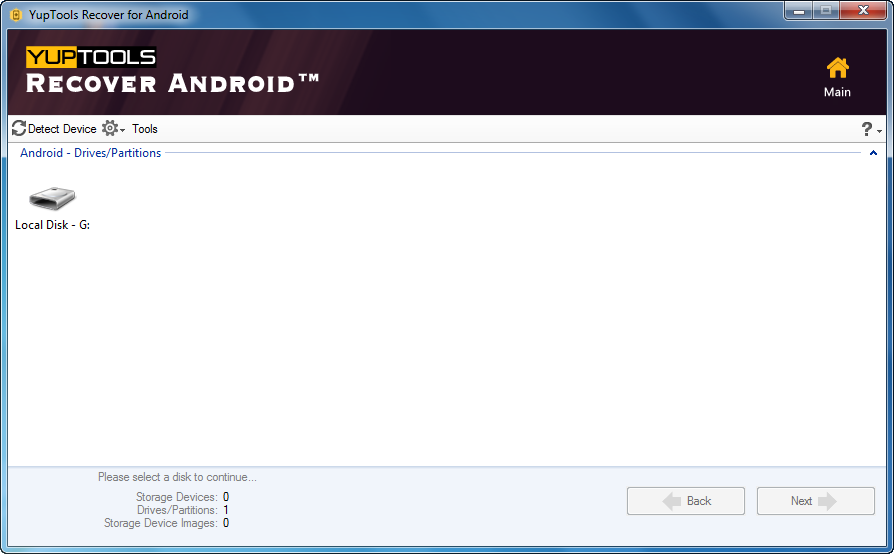 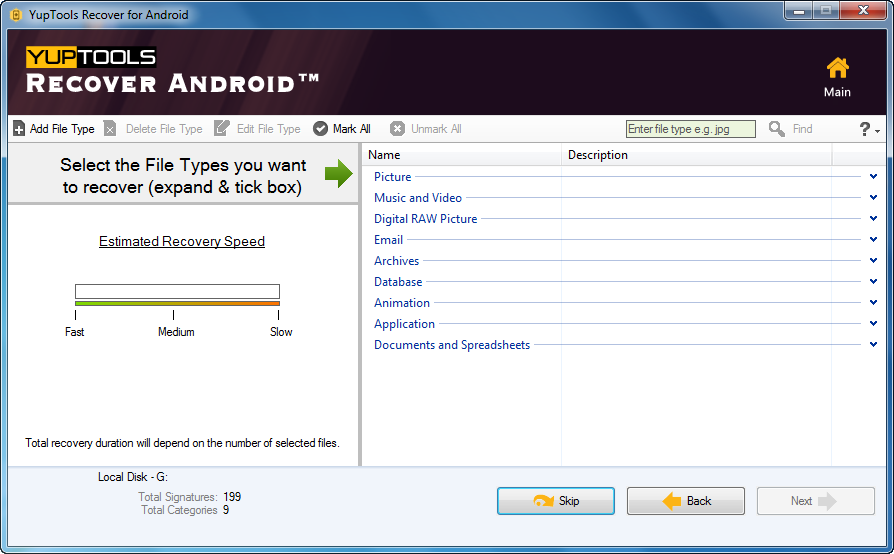 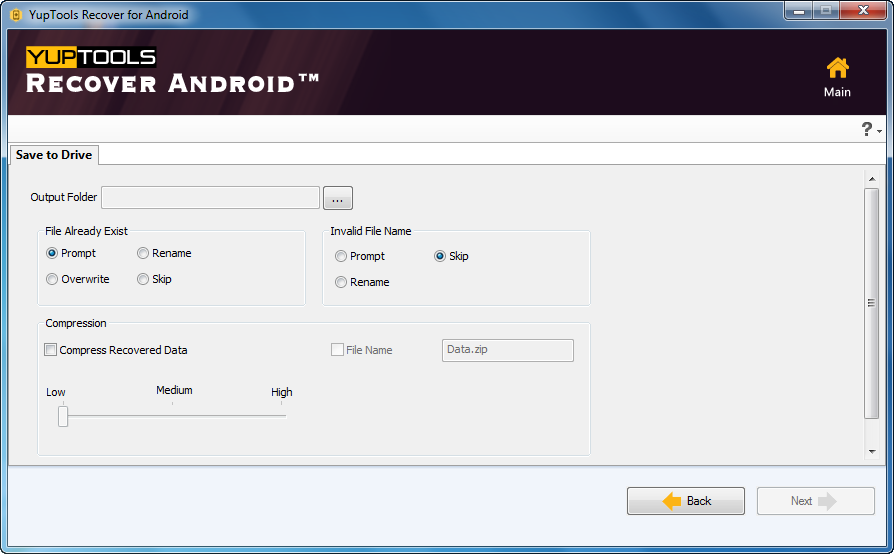 YupTools Recover for Android helps you to recover deleted, lost or formatted data from Android based Tablets and Smartphone. It also has the ability to recover .apk file. Click the given link to read more about this article.

Don’t be panic after any data loss from your Samsung Galaxy Note 10.1. Utilize YupTools Recover for Android to fix all your problems associated with Android Smartphone.

By using Yuptools Recover for Android learn how to recover deleted files from Asus Tablets. It also supports all Android based phones.

Learn how you can restore data from Samsung Galaxy S2 broken screen by using YupTools Recover for Android. Click the given link to know more about this software.

YupTools Recover for Android will help you in recovering data from Sony Xperia Smartphones. It can also recover deleted or formatted files from Android based Smartphones and Tablets.

Click on the link provided to effectively convert OST file to PST file format without causing any loss / damage to the information saved in OST file. This tool can easily repair and convert healthy as well as corrupted OST file into its corresponding PST file.